Cinco de Mayo is just around the corner and likely everyone will be out enjoying the annual Mexican fanfare. However, if you’re thinking of doing something different this year and dodging the drunken debauchery, join the Young Professionals of MOCA for “Beyond Takeout: A Culinary History Of Chinatown.”  Not only will the event highlight food, but it will also highlight many of the stories of Chinatown. 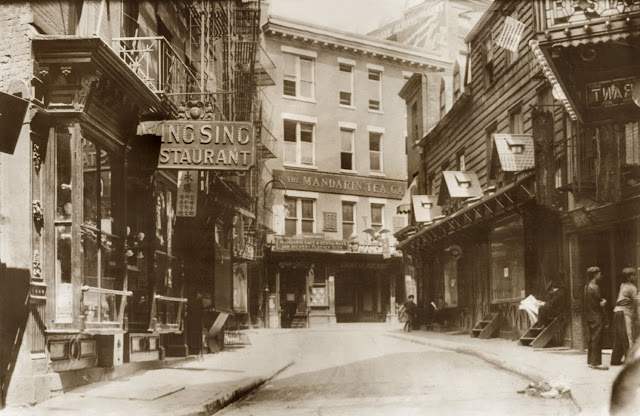 As described on MOCA‘s website, “there are stories of legacy: Chinatown’s sons and daughters who grow up to be entrepreneurs and restaurateurs. Stories of diversity: the flavors of China’s regional cuisines converging in New York City. And stories of evolution: a constant weaving between the classic and modern, the old and the new”.

In addition to an engaging history lesson while touring Manhattan Chinatown, you’ll also be able to indulge in tasty foods from popular eateries, partake in some wine tasting, and mingle with other foodies.

Luckily, the foodie party doesn’t stop on the day of the tour. You’ll leave with a special VIP-like card with exclusive offers for the entire month of May, in celebration of Asian American Heritage month.

Perks include a free admission to MOCA for the month of May, a chance to enter a raffle for two tickets to the Museum’s First Annual Celebration of Community Heroes dinner on   May 16 (total value: $300), and discounts from May 5 through May 31 at the following establishments:

Reserve your spot here and applaud yourself for thinking outside the burrito this Cinco de Mayo.